Brought here by the winds, blown from east to west, I traveled over the waters, the ocean blurring underneath me as I speared through the air, head first, pointing at the most farther land. I knew not, I felt not, I consumed the many miles almost blindly; a young woman of a fuzzy mind, of an almost crushed spirit. Caged as I was. A frail and frightened creature, really. And caged and airless, in this new land, I remained. Year, and another year. And hope was much like a broken television; turned on, the black screen fails to produce an image. Of any clarity. Peering into the dim monitor, year and another year, I remained here. Where my wings gained strength, by and by, until they grew large enough to break through the bars. And I tiptoed into new air. Crisp air. Open air. I began breathing; small swigs at first, deeper gulps at last. In this new land. In this new air. 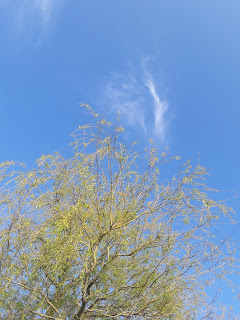